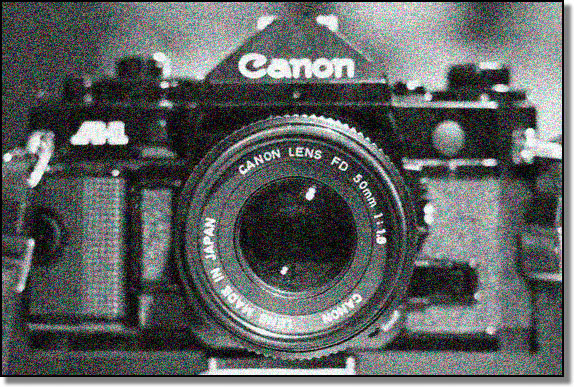 My trusty old Canon A1

Digital cameras were the best thing that ever happened in photography. Not only is the image quality far superior to film, but there is a huge benefit in being able to see images immediately and to be able to retake shots with different settings if they aren't satisfactory.

Not only that, but embedded into each digital file is a record of all the exposure information (EXIF), which is incredibly useful. In the film days some photographers recorded this information separately, but I wasn't one of them. I therefore can't give you the exposure details for any of these images.

The lenses I used most were a Canon FD 28mm f/2.8 and a Canon FD 70-200mm f/4. Neither lens was particularly high quality, but the fact that I only ever saw my photos as small 6"x4" prints disguised the quality issue.

The film used was mostly Kodak Gold 200 ASA, but I sometimes used 100 ASA and I also used Fuji film occasionally.

The colour negatives were scanned in using an Epson Perfection V600 Photo scanner.