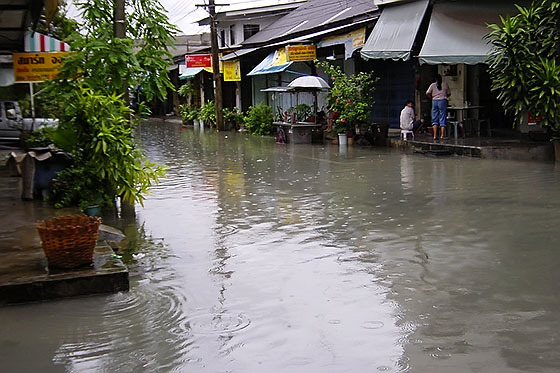 A small flood in Hat Yai during December 2003

Thailand is a tropical country governed by the Southwest and Northeast monsoons. The climate differs from area to area but, in very general terms, it can be divided into three seasons. The so-called 'cool' season is when most foreign visitors come to Thailand and runs from about November to February. Cool is a relative term.

This time of year may be cooler than other times of year in Thailand but by Western standards it is certainly not cool. It is the most comfortable time of year to be in the country and coincides with the worst time of year (weatherwise) in Europe and North America. These months see increased numbers of foreign visitors and sharp price rises - the laws of supply and demand in action. 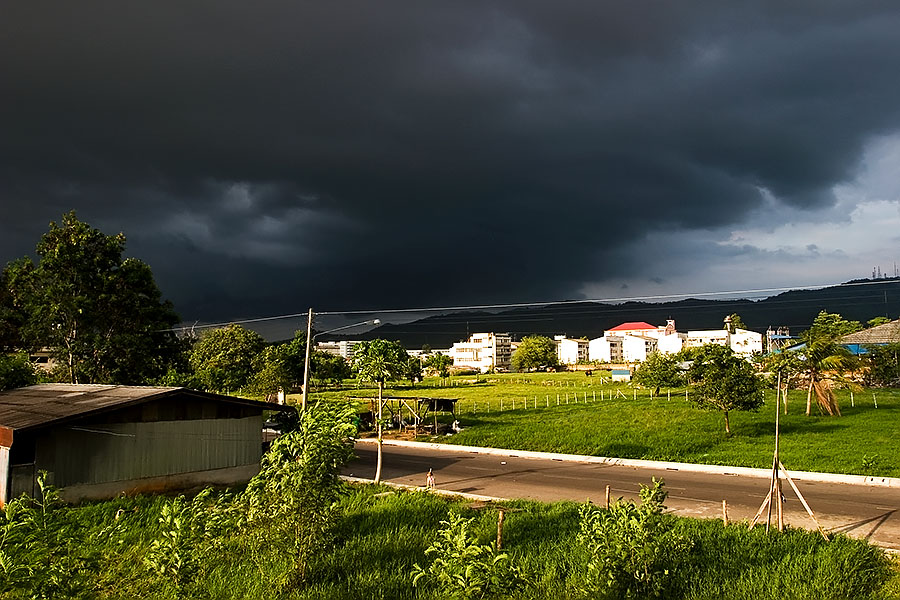 The highest temperatures in Thailand were:

In the central and northern regions the rainy season runs from about June to October. Down south, the wettest months are October, November and December. The amount of rainfall varies by region and, being tropical rainfall, the rain can be extremely heavy. At certain times the storm drains cannot handle the volume of water and flash flooding occurs. Occasionally, there is far more serious flooding.

Being fairly close to the equator the hours of daylight don't vary much throughout the year. It starts to get dark around 6:30pm and light again around 12 hours later.

When Is The Best Time To Visit Thailand?

This is quite a subjective question. There is no one answer and everyone has their own personal preferences.

From a purely weather point of view, the best time for foreigners to visit Thailand is when it is neither too hot nor too wet. December, January and February are probably the best months.

Good weather can be guaranteed in December and January, but this is when everyone wants to visit Thailand. The weather is cold in Europe at that time and people choose to travel over the Christmas/New Year break.

With so much demand, hotel prices rocket skywards and tourist resorts become very crowded. If, like me, you prefer quiet places and low prices it may be worth taking a gamble and travelling at a different time of the year.

This type of rainy weather isn't actually too bad. You can do outdoor activities in the morning and if it rains in the afternoon you can go shopping or get a massage.

Tropical Thailand is understandably humid but possibly not as humid as some other places I've been to, such as Singapore or the southern United States. 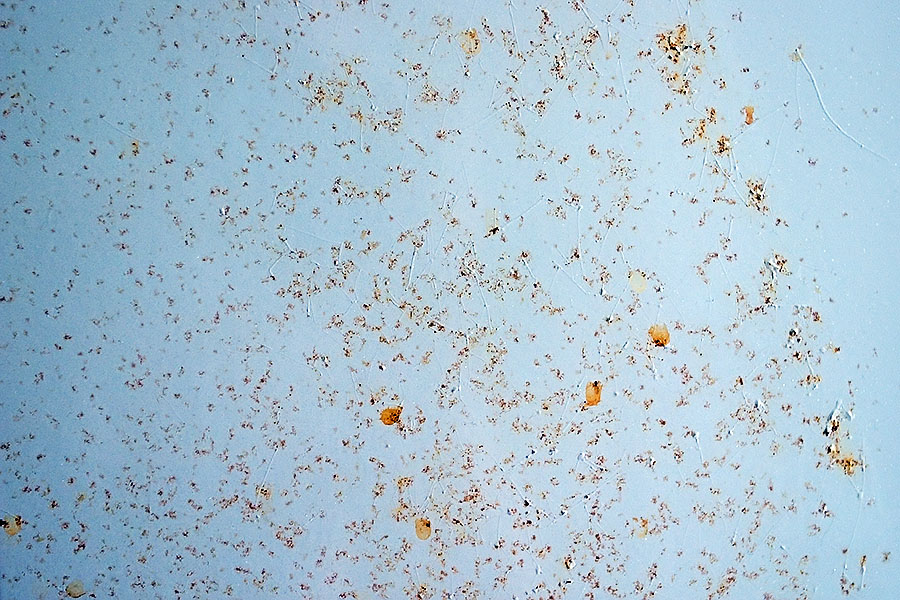 High humidity isn't very comfortable - causing you to feel sticky all the time - and it can lead to dehydration very quickly. It can also be detrimental to clothes and other possessions.

The photo above shows what it did to the refrigerator in my old rented room in the space of two years. The front of the door became completely covered in rust. 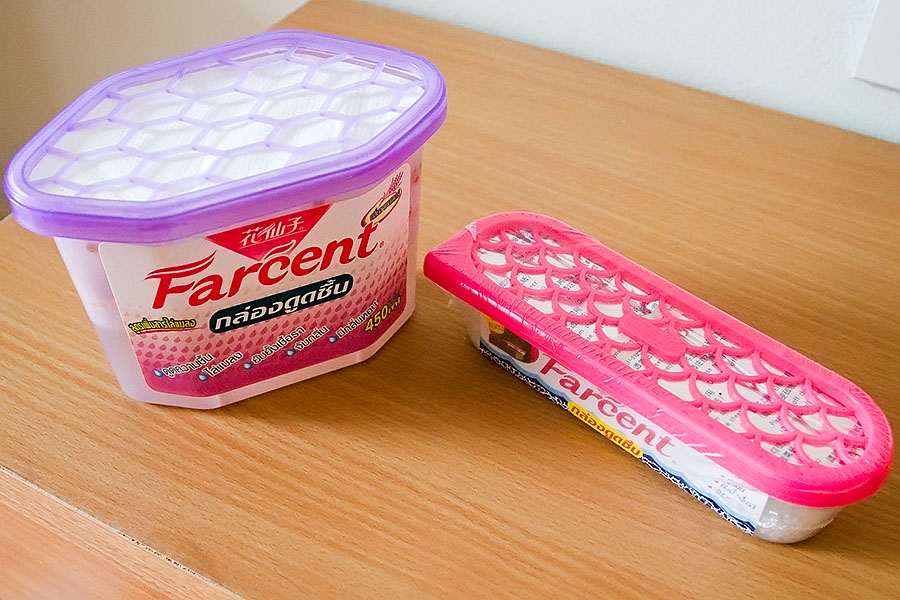 This isn't a problem if you are only visiting Thailand for a vacation, but if you live in Thailand permanently you should guard against humidity. I have a purpose-built dry cabinet for my camera equipment and using A/C lowers the humidity as well as lowering the temperature.

To prevent humidity damaging clothes and making them smell you can buy small dehumidifier boxes from any department store. These are simply plastic boxes that contain some dessicant. They absorb water from the air and eventually become full. I use larger ones in my wardrobe and the small ones in various drawers. They work quite well but fill up with water quickly so need replacing fairly often.

The hot season in Thailand isn't much fun and although I have acclimatised after living in Thailand since 2003 I still find that it gets far too hot for comfort. When the temperature gets to around 35°C my forearms start to get very itchy and this is because of the heat.

I find it impossible to do any work outside and spend a lot of time indoors. Fortunately it doesn't last too long and summer storms that arrive soon after the hot season provide some welcome respite.

The peak of the hot season is April, but it is very hot for about two months either side.

In northern Thailand there is a cool season and in some parts of the country the temperature can go down to zero. I have never heard of snow in Thailand, but ground frosts do occur. December and January are the coolest months in Chiang Mai.

If you are travelling to the north during the cool season you will need some warm clothes for the evenings and mornings.

I have read and heard a lot of nonsense about air conditioning. According to some environmentally conscious, 'real' travellers it is a luxury for package tourists and not required in Thailand. Rubbish.

If you feel too hot, turn on the A/C. The temperature in some hot countries cools down overnight, but not in Thailand. It remains very hot at night and this can make it very difficult to sleep.

All cars and the vast majority of buildings in Thailand have A/C. If you are hot, use it.