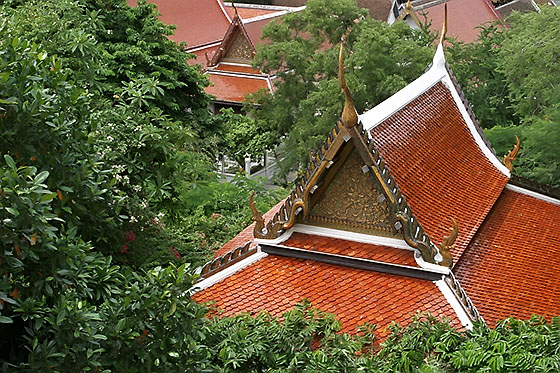 One dictionary definition I found describes it this way: "The predominating attitudes and behaviour that characterise the functioning of a group or organization."

Some guide books seem happy to put together a simple list to describe Thai Culture. "Thais are Buddhists, they eat rice (with a fork and spoon instead of a knife and fork), wai instead of shaking hands, you shouldn't touch their heads and don't point your feet at them". That was easy, wasn't it? 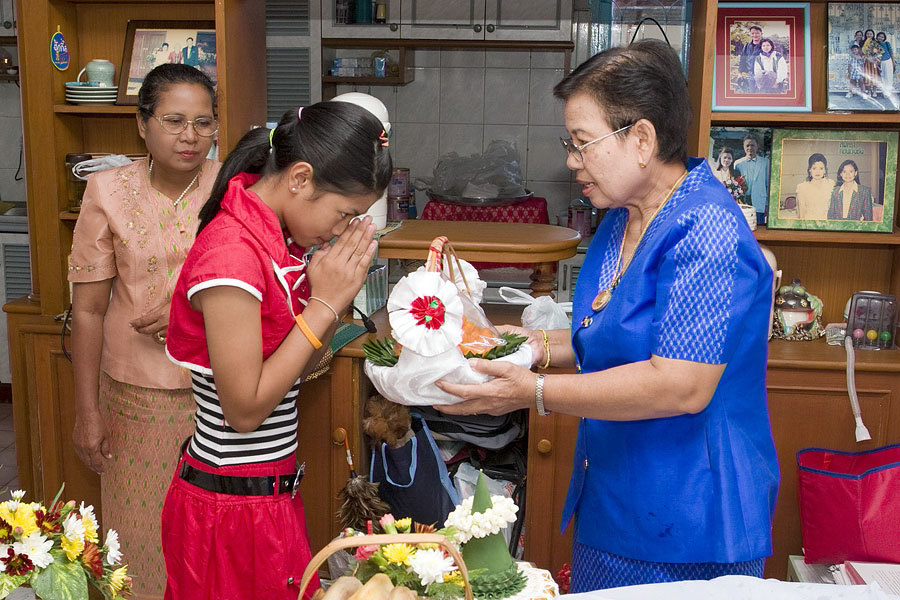 The dictionary definition was quite accurate, but very brief. What is it that determines the predominating attitudes and behaviour that characterise the functioning of a group or organization?

Every society has a value system and belief system, and it is the things that a society believes to be true or important that govern behaviour of the group.

I think the reason why so many foreigners come unstuck in Thailand, especially Western males looking for Thai brides, is that on the surface Thailand looks pretty much like any Western nation in the 21st century.

Thais have an obsession with money and Western materialism. They drive modern cars, wear Western clothes and talk to each other using iPhones, but under no circumstances let this deceive you into thinking that they think the same way as Westerners. To do so can be potentially dangerous to your state or mind, not to mention your bank balance.

If you come from a Western country and get involved with Thailand it is a completely different world. A few of the core values remain the same, but beyond that there is a huge cultural chasm.

So many accounts of Thai cultural behaviour I have read just give a one-sided story. These accounts sound like they were written by the Tourist Authority of Thailand, in which everything about Thai culture is perfect. It's not.

There are many problems and with most aspects of Thai culture there is a common theme. The theme is that for each aspect of Thai cultural behaviour there is a similar behavioral trait in Western societies, but in Thai culture it goes to extremes and ends up causing problems.

For example, greng jai. People from Western societies would not wish to impose on someone unnecessarily, but a Western student asking a teacher a question about something that wasn't understood would not be considered to be imposing upon the teacher. This is just normal in Western societies. It isn't in Thailand.

There are also problems when different aspects of cultural behaviour are combined together. In a teaching environment you will have students not wanting to ask their teacher questions because of greng jai. In addition, the students will want everything to be sanook and they will always want to feel sabaay. If you try to elicit feedback about your teaching you won't receive any negative comments because Thais always speak to please others.

If you are trying to teach a difficult subject (and Thai students find the English language to be a very difficult subject) it simply isn't possible to maintain a fun and enjoyable atmosphere all the time in which students are never forced to leave their comfort zones.

These one-sided accounts don't help people who are thinking about working or living in Thailand because they only talk about the positive aspects. I understand that pointing out negative aspects isn't politically correct, but if you move to Thailand you can't wear your rose-tinted spectacles forever.

Sooner of later you will come to terms with the truth and the sooner this happens the better prepared you will be for Thailand.

If you would like to learn more about how Thais really think and behave, I recommend two books. You may think it strange, but the titles of both these books have nothing to do with Thai culture. If you seek out books or websites about Thai culture they will just give you the one-sided, irrelevant information that won't help you when dealing with Thais in the real world.

The two books are 'Corruption & Democracy in Thailand' by Pasuk Phongpaichit and Sungsidh Piriyarangsan and 'Money Politics, Globalisation, and Crisis - The Case of Thailand' by John Laird.

Each Thai cultural concept has a name and I have used a mixture of Thai and English names. Click on the links below for more information.